Home > Sex and Relationships > The Best Selling Sex Toys in 2017

The variety of sex toys can puzzle people who have decided to buy something for their bedroom play. New and improved toys appeared in 2017. They are simple to use, suitable for both experienced people and newcomers. This article lists the most popular sex toys in 2017.

Dozens of couples are often puzzled about what to give each other for their birthday, New Year, and other holidays. Sex accessories can be a great gift for your partner if you want to diversify your sex life.

Some people believe that devices for sex are designed solely for single people who do not have a real partner and who prefer masturbation. Perhaps it was so, but now adult products are often bought by lovers and married couples. Not long ago these products were presented in specialized stores in the form of vibrators for women, clothes for role-playing games in a small assortment, inflatable women, and lubricants. At the present time, there is a wide range of modern sex toys, and some of them even allow you to have sex from a distance because relations between people from different cities and even countries are not uncommon. There are variants of sex toys, both expensive and cheap.

The Magic Wand has been popular for a long time and it is a great choice for those who have only thought about buying bedroom toys. It has a long handle and a vibrating ball at the end.

We-Vibe Sync is very popular because it does not even need batteries or a remote. You just need is to install the application on your smartphone and it is ready for use. This sex toy also allows a woman to have pleasure while she is away from her partner, for sex on Skype, for example. We-Vibe Sync is very popular among ladies who are in lesbian relationships. Also, it can be used by heterosexual couples, even during intercourse. 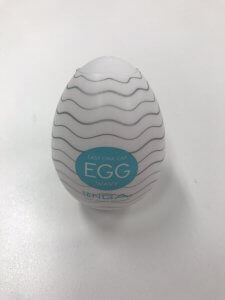 Tenga Eggs are produced in several variations with different versions of internal chambers – from delicate and barely noticeable to fairly coarse. Every man can choose the option that suits him the most. In addition, these sex toys are cheap enough, and this makes them available to all. Men’s reviews of Tenga Egg are only positive. 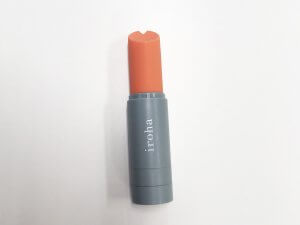 For guys, who want to get an intimate and beautiful gift for their wife or girlfriend, Crave Vesper will be a good choice. It perfectly combines beauty, elegance, and the ability to give pleasure.

All kinds of adult dolls are classic best sex toys which are still very popular. However, they are not just simple inflatable women like those which were in sex shops decades ago, as instead the modern dolls for adults are surprisingly realistic and beautiful, and they are even difficult to distinguish from living people at first sight. Interest in them is so high that on one Austrian exhibition, there was an issue where a sex doll breaks during its demonstration.

Sex Toys Do Not Always Help

Often, sex toys are used to increase lowered libido and for the onset of erectile dysfunction. For a while this can really help, especially if impotence was caused by psychological reasons. Still, if physical changes have already occurred then all toys are useless. In this case, an excellent addition to sex toys will be medicines for erectile dysfunction – modern PDE5 (phosphodiesterase 5) inhibitors, which quickly and effectively return a strong erection. They are quite safe and universal.

At ViaBestBuy online store there is a huge range of such medicines:

The pharmacy sells only quality generics, and the prices there are affordable to everyone. Female Viagra, which allows a woman to be more excited and increases her chances of achieving orgasm, is also presented for sale.

ViaBestBuy offers not only favorable prices and high-quality goods, but also convenient delivery to all cities in the USA.