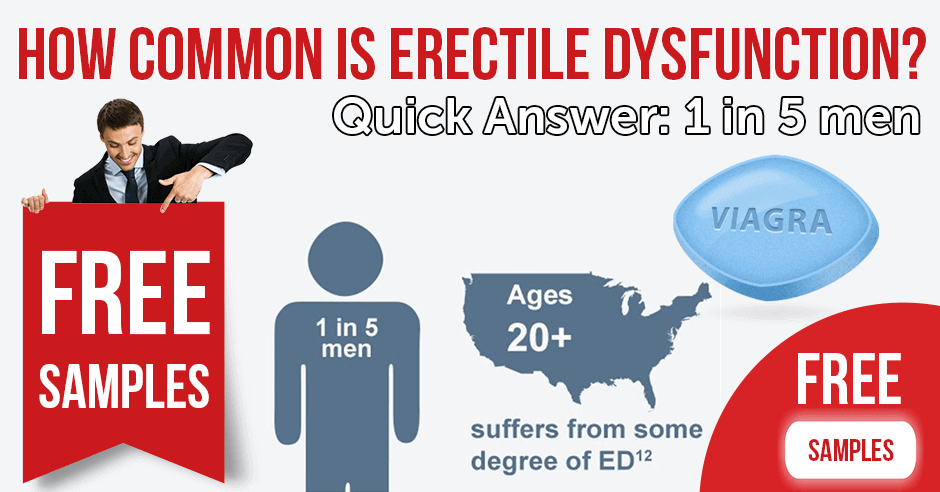 How Common Is Erectile Dysfunction?

Erectile dysfunction is a common male problem, about which many prefer to remain silent. This disease occurs in all men of all ages worldwide, because its occurrence depends more on the state of health, rather than on age. You will learn from this article what causes impotence, how to avoid it, and how to find the right treatment.

The problems with potency are especially acute for young men who want to lead an active sex life. Studies, despite the established opinion about age-related changes, show that impotence can appear at any age.

What Is Impotence (Erectile Dysfunction)?

Erectile dysfunction is a disease in which an erection becomes inferior or very short-lived. As a result, sexual intercourse and orgasm onset become impossible. Erectile dysfunction can be diagnosed if failure in sex occurs in about 25% of all sexual acts. This is the simplest form of ED, in which most men do not yet think about going to the doctor, writing off everything as fatigue and stress. Indeed, stress and psychological problems can cause the sexual failures, but they do not cause more than 20% of all cases of failure. The remaining 80% of cases are caused by various other factors. The most common of these are:

In most cases, ED is successfully treated. If impotence is caused by any disease, then getting rid of it often leads to an improvement in a man’s sexual life. With chronic diseases or irreversible changes in the body, you cannot get rid of problems with potency, but some medicines are able to return male power for a while. If impotence is caused by stress, psychological traumatic experience, or depression, then, first of all, you need to go to a psychologist or psychotherapist. In some cases, a sensitive, loving partner can solve the problem.

How to distinguish differences between erectile dysfunction caused by diseases and those caused by stress? The impotence of a physiological origin appears gradually and progresses. Night and morning erections become rare or disappear completely. If ED is caused by psychogenic causes, then it arises suddenly, is observed from time to time, and does not progress. The erections in the morning and at night are fully saved.

It is noteworthy that in different countries a different percentage of men is suffering from ED. Doctors say that this is related to the standard of living, stress, and general healthcare in each country. Let’s look at this in more detail.

It is generally believed that erectile dysfunction is an age-related disease, and it does not occur in young adults and appears only in old age. In fact, age itself does not worsen the erection. Yes, there are certain changes in the genitals, but they are not so significant as to cause ED at 40 or 50 years of age. It is known that some men remain sexually active until a very old age. In fact, impotence is caused by chronic diseases and the general deterioration of the health state. The older a person is, the more diseases he has and more likely that he will have problems with erections.

The effect of age-related lowering of testosterone level is also exaggerated. Only in 5% of cases the hormone really decrease, which excludes the opportunity to have sex. This means that ED in old age can be avoided if you take care of your health.

Despite this encouraging information, there is a statistic that shows the percentage of men with impotence increases with age. Data of the ratio between age and ED are given below.

Most often the first signs of erectile dysfunction are observed by men over 40 years of age. Prior to this age, sexual problems usually arise for psychogenic reasons and they are irregular. 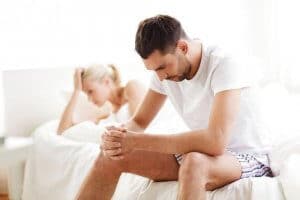 Physicians’ studies around the world show that ED directly depends on the quality of life, working peculiarities, nutrition, and bad habits. There are also diseases that adversely affect potency. For example, 35% of diabetics experience difficulties in achieving orgasm. This is due to the fact that diabetes worsens blood circulation and reduces the sensitivity of tissues. Georgian scientists recently established a link between hypertension and ED. According to their research, about 30% of hypertensive patients have sexual disorders. Also, 40% of all men suffering from ED are smokers.

Due to statistics in 2017, about 152 million men worldwide are periodically experiencing a lack of strong erection. It is noteworthy to say that most of these men live in developed countries (for example, the UK and Canada) and most are white people. The following statistics by country can be given.

ED less often touches residents of northern Europe. Thus, 65% of Finnish men do not have any problems with potency until reaching old age.

The Best Remedies to Treat Impotence 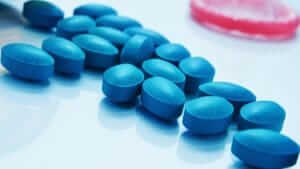 Like any other disease, ED is much easier to avoid than cure. To prevent it, it is enough to:

What if impotence has already appeared? First of all, you cannot go with the flow in this situation. This will not pass by itself. Since ancient times, men have used various means to improve potency. Some of them can still be successfully used. Such means include various spices, ginger, celery, ginseng, and broths of some herbs. Naturally, they will not help a person with a severe form of ED, but if there are just the first symptoms of weak erection, they can give the desired effect. Using them for the prevention of ED will also not be superfluous. However, try not to overdo it with such preventive measures.

In the modern world, there are drugs that very quickly allow the return of male power. Such drugs are PDE5 (phosphodiesterase 5) inhibitors. The most famous of them are Viagra and Cialis, and Levitra. Until recent times, these drugs (due to a patent) were produced by a single company and had a high price. For this reason many men could not afford them. Now everyone can buy generic medicines (drugs identical to original, but produced with brand extra charge) at a bargain price. Do not think that generics are inferior to the original in quality or efficiency. They are even better, because these drugs have a greater choice of dosages and can be combined with other means to treat several diseases of the sexual sphere. As an example, this can be a premature ejaculation (PE) cure. To PE and ED drugs could be attributed such special means as Tadapox and Super P-Force.

In the ViaBestBuy pharmacy, you can buy generics based on sildenafil (Viagra, Kamagra), tadalafil (Cialis), vardenafil (Staxyn) and avanafil (Stendra) at a bargain price.

Also, you can order free samples pack of Viagra 100 mg, Cialis 20 mg and Viagra Soft 100 mg. With the free pack, you should pay only for shipping.

We provide convenient and fast delivery to all US cities and ordering without a prescription. You can reduce the cost of your order by 35% if you pay in bitcoins.