A condom is one of the most popular contraceptive methods that can be a good way to add something new to sex life. Flavored products will make sex tasty in the literal sense of the word, as there a lot of their varieties on the market – from strawberries and vanilla to bacon and even whiskey. In our article, you can learn about them in more detail.

Condoms were first invented as a means of contraception and protection against sexually transmitted infections. For this purpose, they are still used, but modern technologies and the imagination of manufacturers allow them to bring additional pleasure. We are talking about flavored condoms, which have become no less popular than ribbed, dotted and other ripped ones.

Why There Are Flavors in Condoms?

There are a lot of interesting and extraordinary tastes and their combinations which will make oral sex unforgettable, as they create different moods and add new sensations. Even if at first glance it seems strange, try to snatch an opportunity and test such a popular novelty, especially since many well-known brands offer it.

The best manufacturers of condoms, as well as less popular companies, sell products with different tastes and smells. Among them, the most popular are smells and tastes that can be called classic – fruit, berry, sweet and spicy. Let’s see which companies produce such delicious condoms:

Lifestyle. These condoms are famous for their natural material – they are thin and delicate. This trend offers such variations as “Wild Strawberry,” “Tropical Banana” and “Sensuous Vanilla.” The only drawback – they are unlikely to suit men with a large size penis. Those men should pay attention to other companies that produce extra large condoms.

Trustex. This well-known company offers products with such flavors – banana, vanilla, cola, strawberries, and grape. There are condoms both with and without lubrication. The second option is relevant for those who use lubrication separately.

Fantasy. These condoms fully justify their name – they are created fancily and awaken the imagination of those who will buy them. This company offers such flavors like mint, grapes, vanilla, banana, chocolate, and strawberries. Durex. These are very popular condoms that are widely known for their quality and variety. Not so long ago, Durex has presented tropical options for sale with a taste of banana, strawberry, green apple, and orange.

ONE. These condoms are perfect for those who like everything unusual and tasty. You can find the products with the taste of bubble gum, island punch, chocolate strawberry, mint chocolate, banana split, and fresh mint. Almost every review says that ONE’s condoms have good reliability, durability and softness and unobtrusiveness of taste.

Unfortunately, not all well-known companies can please with such delights. For example, there is Trojan – a very old company that has been producing condoms for over 100 years in the USA. Their products are anatomical, durable and absolutely safe, as each product undergoes special testing before going on sale. The company offers different types of condoms, and there are over 30 of them, but there are no “tasty” ones. The same applies to Kimono company which is a proven manufacturer of condoms of various sizes, but does not offer perfumed variations.

If you need such tastes like cherry, coffee, blueberry, watermelon, ice cream, pineapple, coconut, peach, lemon, candy, Nutella, pizza, biscuit, raspberry, and others, then you can search for them from lesser-known manufacturers. They may not be as popular as the well-known brands, but they will definitely make your sex unusual and unforgettable.

Condoms with the taste of vanilla or strawberry do not cause any questions – such tastes are popular both in perfumery and in cosmetics or even among lubricant makers. Some contraception sheath manufacturers offer edible, but sometimes rather weird options for their products, such as pickle, curry, peanut butter, smoked chicken, cheese and other delights. No matter how absurd it seems, but some scientists believe that the taste of food can increase sexual desire. Is this true or not, you can see for yourself because some well-known manufacturers of condoms offer products with the taste of food. Among them are:

Okamoto. This is a famous Japanese company that produces condoms with a taste of honey. With them, the phrase “my sweetie” can be taken literally.

The Stinking Rose. This company has created garlic-flavored condoms – a quite extraordinary decision, but why not? Since the days of ancient Egypt, garlic is known as a powerful aphrodisiac and used as a mean to strengthen the immune system so that you can combine health care with pleasure.

McCondom. This is a smart choice for those whose partner loves strong alcohol and oral sex. A whiskey-flavored contraception sheath will satisfy both of these desires. If whiskey is too strong, then you can search for condoms with the taste of tea. Yes, it also exists!

J&D. This company launched bacon-flavored condoms. To maximize the similarity with food, they not only have the taste and smell of bacon but also its appearance. Such condoms can be some kind of breakfast option for lovers of morning sex. 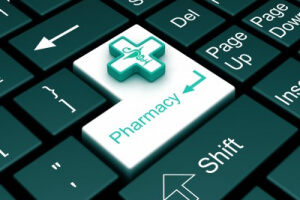 Choosing the right contraceptive can be difficult if there are problems with potency. Unfortunately, this problem is faced by many men, both elderly and young. The causes of erectile dysfunction may be different, but in the vast majority of cases, this ailment is amenable to effective treatment.

At ViaBestBuy pharmacy website you can purchase high-quality drugs for the impotence cure of varying severity at a low price. Generic Cialis and Viagra, as well as some other drugs, act quickly and can help over 90% men. With ViaBestBuy drugstore the only intimate problem for you will be the choice of a suitable condom.