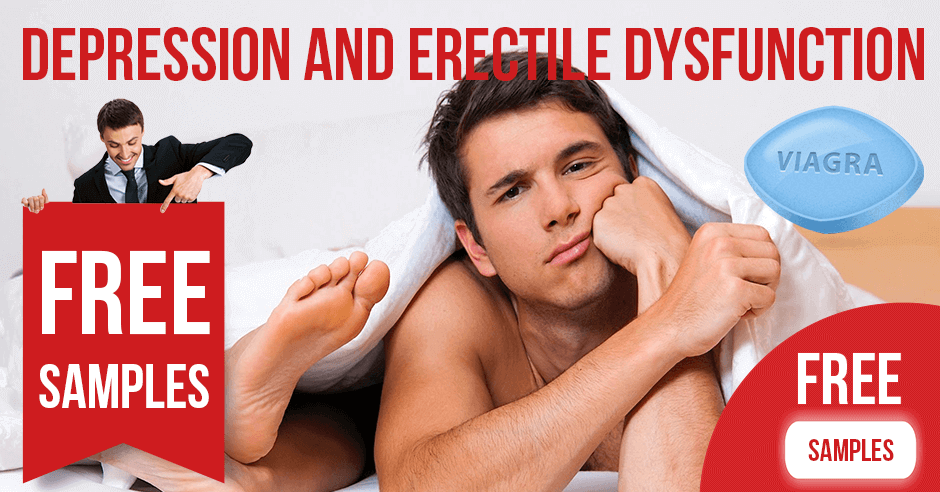 Erectile dysfunction (ED) continues to be a condition that is subject to a large degree of misunderstanding in both its causes and its treatment. Can depression cause erectile dysfunction or premature ejaculation? The answer might surprise you.

Connection Between Depression and Sexual Health

An obvious link between depression and erectile dysfunction is that sex is an enjoyable activity, while depression is characterized by an inability to enjoy activities that would normally bring an individual pleasure. An inability to perform sexually even when possessing sexual desire suggests either a physical or a mental root cause. The question is whether it is chronic depression that is causing the ED or the instances of ED that is triggering depression in an individual.

Does Depression Cause ED?

The table below shows statistics American Psychological Association (APA) and US Department Of Health and Human Services (USDHHS).

As referenced in the chart above, there is a surprising parity in the numbers of men who suffer from depression and those who experience erectile dysfunction. While this is distributed a bit more unevenly throughout age groups, with older men suffering higher instances of both conditions, it suggests a deeper relationship between the conditions. Even so, concluding that depression itself causes ED is problematic. There is a wide range of contributing factors that must be considered.

Can Depressive Condition Cause Premature Ejaculation?

Although it is a distinct symptom, premature ejaculation is a form of sexual dysfunction that causes similar discomfort and embarrassment for sexual partners. Depression is often linked to anxiety, which is a condition that accompanies PE, but there is another factor that must be considered. Depression is itself caused by a deficiency of serotonin, and this happiness chemical is released by male orgasm. There is evidence to suggest that a premature release can be an effort by the body to release much-needed serotonin and that adjusting the level of serotonin may be a treatment that can beneficially inhibit male orgasm.

How Are Sexual Problems Treated with Antidepressants?

Treating depression or anxiety can result in alleviating the symptoms of ED if the cause of the dysfunction is purely mental, but may have little or no effect if the root cause of the condition is physical. What’s more, the main method of treating depression is antidepressant medication. While this may have some beneficial effects there is a chance of side effects that can exacerbate the condition.

Do Antidepressants Cause ED or PE?

While there is little evidence that antidepressants directly cause ED or PE, there have been sexual side effects documented during clinical trials that confirm that some individuals experience these difficulties while being treated with antidepressants. While it is difficult to ascertain whether the side effects of the medication have a causal relationship or simply a correlation, it is a fact that the concurrent experience of these symptoms requires physicians to open up the treatment plan and anticipate treating ED or RE in tandem with depression.

Viagra (Sildenafil) is the leading treatment option for men who experience erectile dysfunction, and The Journal of the American Medical Association found in a study that taking Viagra in addition to a prescribed antidepressant helped depressed men to not only improve their sexual experience but also reduced instances of patients ceasing to take their antidepressants prematurely. Other medications that can be taken in tandem with an antidepressant regimen to treat ED symptoms include Cialis and Tadapox (a mixture of Tadalafil and Dapoxetine).

Female Viagra and Depression in Women 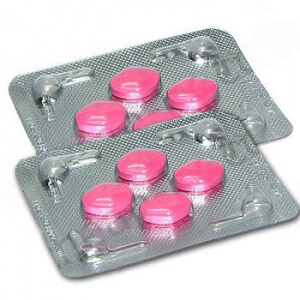 It is important to note that Female Viagra (Flibanserin) is intended to treat Hypoactive Sexual Desire Disorder (HSDD) which is distinct from the physical problems experienced in men.

However, it is often treated in tandem with depression in a similar manner and studies have found that it is safe to do so.

Cialis is an ED treatment which unfortunately has been shown to lead to increased irritability and mood swings in men who take it. These tabs are not suitable for everyone. An antidepressant regimen is a potential treatment that can mitigate these problems. Do not take Cialis if your doctor has told you not to engage sexual activity because of health problems.

Does Dapoxetine Used for Depression?

Although it is now a common treatment for premature ejaculation, Dapoxetine was initially created as an antidepressant and is a fast-acting way to increase serotonin levels. However, since it is so fast acting its effects do not have a sufficient duration to serve as an effective day-long antidepressant. However, it is suitable to be used before sex to prevent PE and can be a part of a comprehensive treatment plan for depression and the side effects of antidepressants.

As an alternative to traditional antidepressants, Modafinil may be a godsend for men who are suffering from both depression and erectile dysfunction. Initially intended to treat sleep disorders, it has in recent years been used as an off-label treatment for depression and has been shown to increase the effectiveness of treatment when used in combination with other medications for the treatment of severe depression. While best used as a supplemental medication, it is worth considering when symptoms persist through other treatments. Erectile dysfunction and depression are both tough conditions to live with and to treat, but those who suffer through them have a wide variety of potential treatments that can help them to live a happier and more fulfilling life. Online store viabestbuy.com will help you cope with these problems.