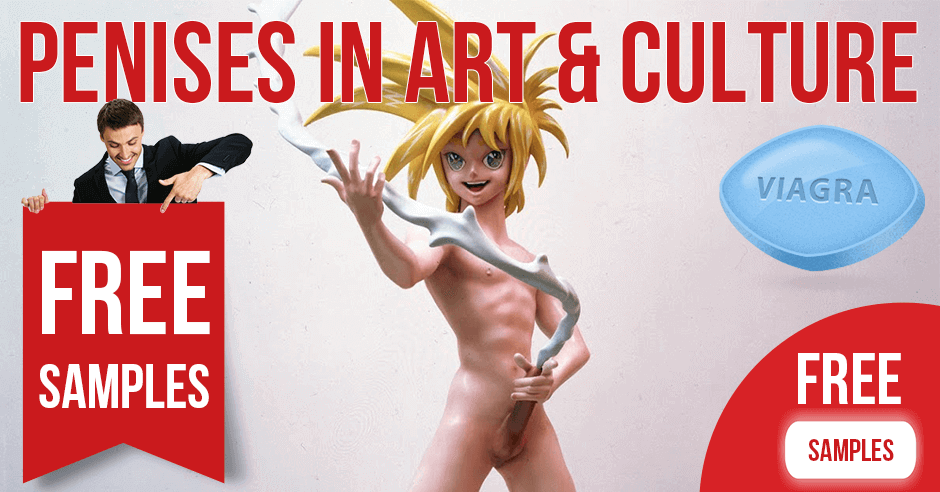 Penises in Art and Culture

The human body has always been in the spotlight of art and culture. A penis is an honored part of a male body, so there are tons of pictures and sculptures dedicated to it. Think we’re exaggerating? Look at those examples of famous penis sculptures from ancient times to modernity.

A penis, or phallus, was one of the major symbols in many ancient cultures. For instance, ancient Greeks not only created numerous penis-centered sculptures but even celebrated phallic festivals. This body part was no less important in Egyptian, Indian, Indonesian, African, and many other cultures as well. Now we are going to show you the most memorable works of phallic art of all time.

The Artemision Bronze represents the Greek gods Poseidon or Zeus – there are still ongoing debates concerning the figure depicted by the unknown artist.

It is dated 460 BC and represents one of the first human sculptures of a man publicly demonstrating his penis. Now, this piece of art is the heritage of National Archaeological Museum of Athens. 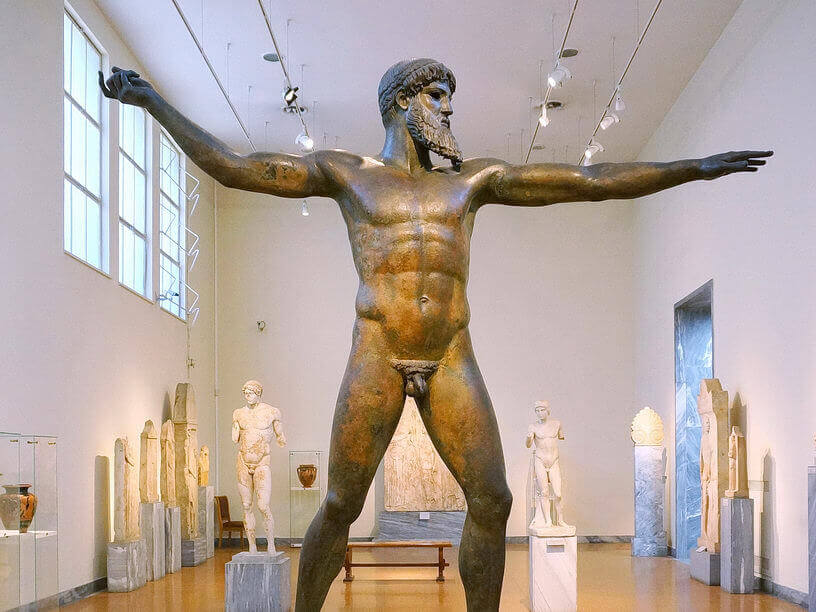 Actually, this version, located in Vatican Museum, is a marble copy of the original work dated 200 BC. It shows the naked Trojan priest Laocoön and his two sons fighting sea serpents. The sculpture is highly dynamic and fully conveys the human agony in an ambience of the desperate struggle.

Question: why are the penises depicted on ancient Greek and Roman sculptures so small? The previous example also has a small penis. How could it be if modern media and society are almost mad about having a big member?

Ancient Greeks believed otherwise. All the decent men of that age had such penises, because they associated flaccid and small male member with key characteristics of an ideal man. Masculinity didn’t mean brutality and aggression. Conversely, a Greek (as well as a Roman) man should be calm, reasonable, and intellectual. Large penises were considered ugly: only foolish and vicious figures were portrayed with that size.

Here it is: a lustful and foolish creature with a huge penis. This is Satyr, a legendary creature known in Greek mythology as the follower of Dionysus who was the god of wine, theater, and ritual madness. These creatures had a human body with several animal parts such as goat tail, horns, and hooves. Satyrs were characterized by enormous sexual desire (that’s why their penises are so huge), and this is what caused an emergence of term “satyriasis” as a synonym for hypersexuality. 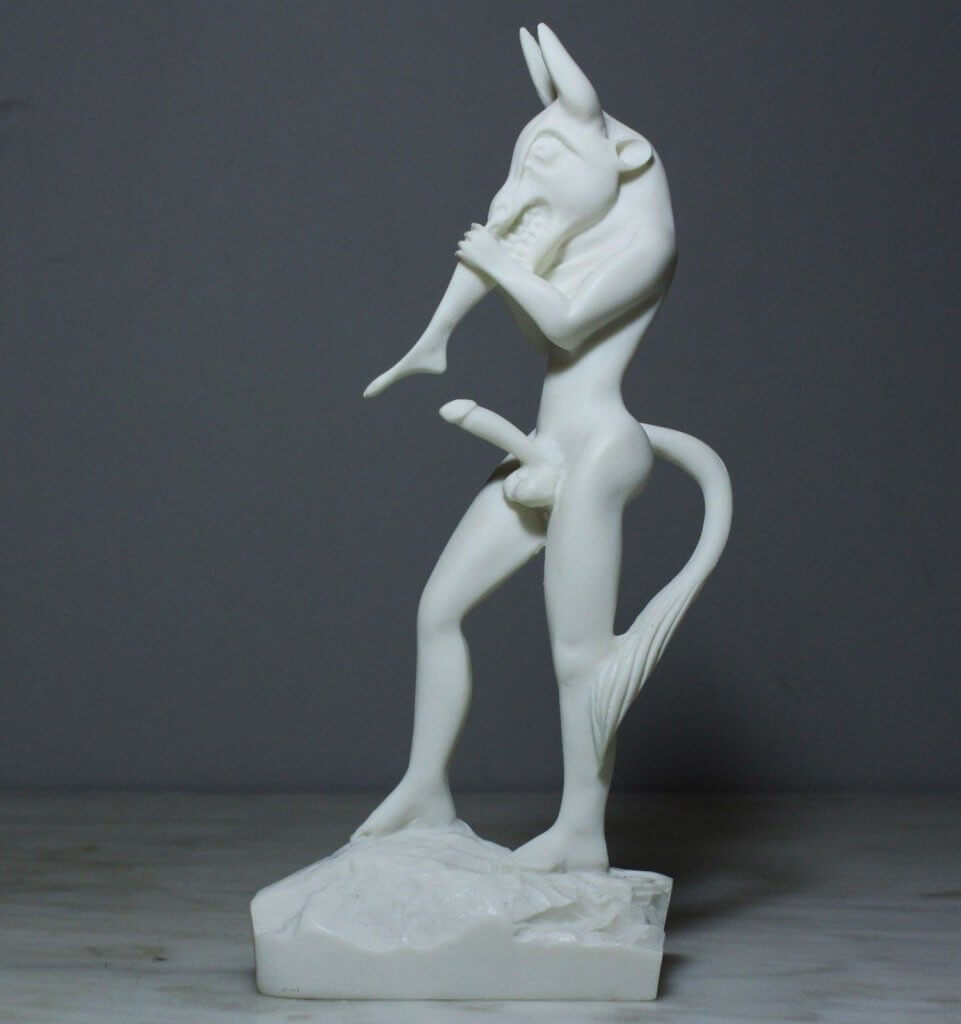 Another popular figure in Greek and Roman art is Priapus, a minor fertility, livestock, and garden god. He was always depicted with a permanently erect penis of a very large size. You’re dead right: the term “priapism” originated from his name.

This fresco made by an unknown author was found in Pompeii and is dated between 89 BC and 79 AD. Now it is located in the Naples National Archaeological Museum.

This is probably one of the strangest penis (or penises) in art and culture. A woman is riding a phallus-like creature which also has two phallus-like legs, a phallus-like tail, and its own big penis.

What’s interesting is that this sculpture is not modern; it was made in the heyday of the Roman Empire. Now you can see it in the Naples National Archaeological Museum. 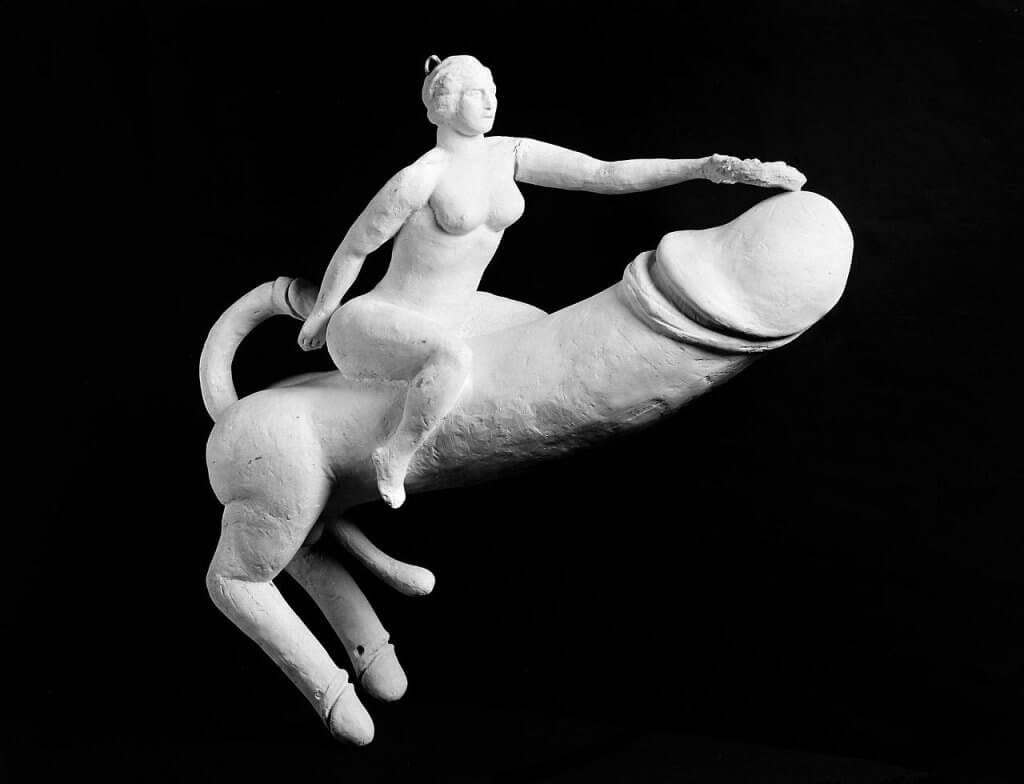 Michelangelo’s David not only has the most famous penis in history, but it is also the most iconic sculpture in the world. Even though the masterpiece has a lot in common with ancient Roman works, it was created between 1501 and 1504.

Little-known fact: the statue standing at the Palazzo Vecchio in Florence, Italy is a replica. The original sculpture was moved to the Galleria dell’Accademia, also located in Florence.

All roads lead to Rome, especially when it comes to penises in art. The picture was inspired by the ancient Greek and Roman theatrical tradition whereby the artists in performances had huge artificial penises. The shortest of the ambassadors has a really giant penis – it is even bigger than the rest of his body.

Aubrey Vincent Beardsley was a famous painter of the late XIX century, known for his sensual drawings made in quite an extraordinary style for that time. 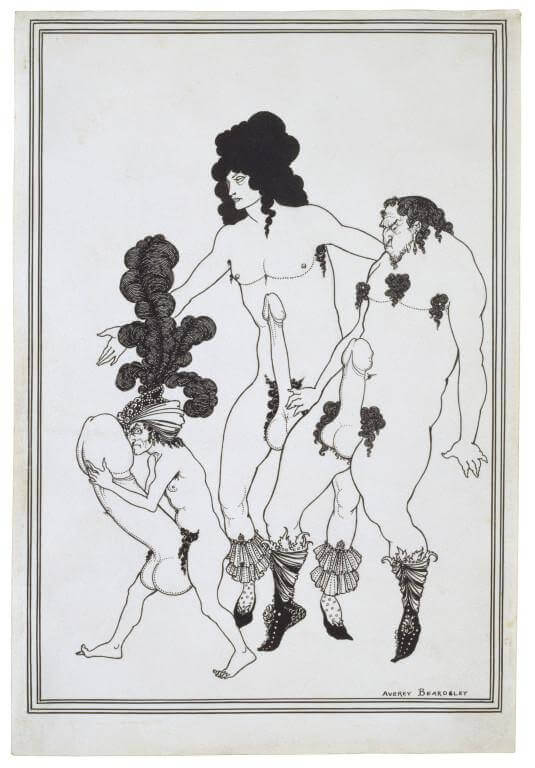 This is a natural-looking penis made of bronze by German artist Rudolfo Bucacio. The weight of the sculpture is about 38 kg, while the height comprises about 1 m. This is not the only existing copy of it: there is a company in Germany entitled to produce this penis. The current price of it is around $10,000.

A penis looks beautiful in any state in pictures, but in real life, it serves not only as a symbol or an art object. That’s why the ability to achieve an erection at the right moment is very important for the majority of men.

If you experience any related problems, look at the assortment of drugs on the ViaBestBuy online pharmacy.

We offer a variety of drugs for erectile dysfunction and premature ejaculation including Viagra, Cialis, Super P-Force, and Priligy. Our major benefits: a 35% discount on all bitcoin payments and quick delivery (only 7 days for express shipping) to anywhere in the U.S.